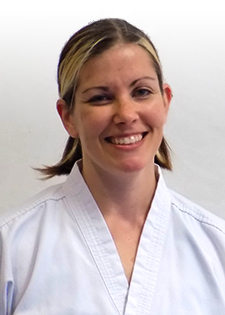 Commitments are always tested. Have you found that? Stuff we promise to ourselves and to other people—resolutions, relationships, recovery, things that don’t start with “r”—are constantly challenged, called into question. When they are, we’re often faced with a choice: abandon ship, stagnate, start all over… or step in and get better.

A commitment to practicing aikido is a commitment to that last one—getting better. It’s a path of impeccability. (Thankfully I noticed this when I was too far along the path to turn back. I don’t know that I would have been brave enough to say ‘yes’ to this kind of thing sight unseen.) If you’ve been practicing for any length of time, this might be becoming clear. Whatever your highest calling is, however your body and psyche need to expand in capacity and strength: that’s the path you’re on, and that’s what’s going to get tested. Year upon year, layer upon layer, it’s an overt, nonstop challenge to get better. At the deepest, most authentic, most profound levels of mind and soul and body.

Shutting down and melting down

My core challenge has always been—will always be—conflict. My particular nature/nurture cocktail dictates that being in the presence of a fight—not even in one, just near one—feels like the threat of death. My patterned response to this has been to shut down while it’s happening and melt down later.

This isn’t why I chose to start aikido, but you better believe it’s been getting worked on subtle and overt levels all the time, on the mat and off. Without being fully conscious of it, when I began my practice I committed to developing my ability to stay upright and mobile in the face of conflict.

The other night I found myself in the literal middle of an argument: two people I love and respect, seated on either side of me at a dinner table in a nice restaurant, began a heated debate. My body went into its automatic response: I drilled my energy down into the ground, got very still, stopped breathing, and willed it all to end.

Ironically, we’d just been talking during appetizers about the various ways my aikido practice has helped me become more powerful. And now, moments after speaking about this, this claim was being tested. I recognized it as such, and watched in despair as my body went into freeze. Why wasn’t I speaking up, stopping this, doing something to make the situation different? Why wasn’t I being more powerful?

I was disappointed and distraught, to say the least. I thought I was better than this. 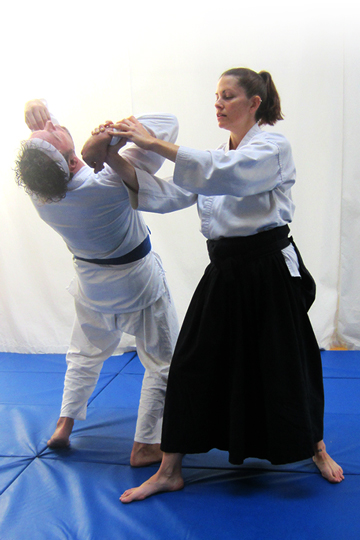 But then, fascinatingly, during the car ride home—the window of time generally reserved for post-freeze meltdown—I noticed that I …. I wasn’t melting down. Quite the opposite actually. I was pissed off. I was furious. Fuming. Mind you this wasn’t the most rational response to the scenario—the argument had been a perfectly reasonable and necessary one. It shook things up and opened eyes. Still, I was mad. Mad at the debaters for having such strong opinions that they had to air at the potential expense of a nice evening. Mad at myself for always seeing the truth on all sides and not having stronger views of my own. Even madder at myself for not having done anything to calm this down—especially since I’d been sitting right between them. And so forth. I was furious for a million reasons.

The point, though, isn’t what I was angry at, but that I was angry: a far more powerful response than the weeping, resigned pile of goo that would have been me in a past scenario. The anger empowered me to do things: follow up later with the folks involved, air my feelings, put the parts of it to bed that I could. Step into what I needed to learn from it. Resolve it in myself, rather than let bitterness and resentment stew in my cells for goodness knows how long. Anger can show us the truth, you see. It spurs action. It may not be the most enlightened reaction, but for many it is an unquestionable step on the path toward true equanimity.

I was better than this, I came to see. I did do something different when faced with the choice, it just didn’t play out as I expected. It wasn’t on me to change the reality of the situation—conflict is a very necessary reality of life (another huge lesson I’m learning over and over)—but to respond to it in a way that was more grounded, empowered, and fluid. That happened. It was subtle, but it happened.

We don’t have to think about it

And the part I celebrate most is that it was automatic. Over time, our aikido training rewires our nervous system to instinctively respond to situations with power and equanimity. That’s the piece of my training that kicked in in this scenario. It didn’t change how I thought I should have behaved in the moment. Rather, it roused me to action that would prevent the moment from becoming a lasting bit of trauma.

So many subtleties and complexities to all of this, but one big reminder here is this: something is happening, even if you don’t think it is. On the mat and off, in moments that feel like failures, like backslides, like stagnation, deep in your cells a warrior is developing. You don’t have to be running into burning buildings or leading charges, fending off half a dozen attackers with ease or doing a perfect aikido technique. You’re on the path of impeccability, shedding layers and layers of dry old skin, being perpetually tested, and finding out again and again that you are, indeed, better than you’ve ever been.