I was 12 years old when I started my aikido training. I was living in a low-income housing project. Some well-meaning organization had arranged for this low-income housing to be built on the outskirts of the Ivy League college town of Princeton, New Jersey, with the idea that impoverished families could move there and their kids could get the opportunity to attend Princeton’s relatively well-funded public school system. It created this surreal situation in which I was exposed daily to a world of affluence and entitlement which I wasn’t actually welcome to be a part of, and then sent back at the end of each day to the squalor and violence of my home life.

I was a badly damaged kid. My parents, and all the other adults around me, neglected me most of the time and were abusive the rest of the time. I’d become trapped in this cycle that a lot of abused kids fall into, where the symptoms of neglect and trauma were viewed by adults as “bad behavior” and treated punitively, creating further trauma. The year I started my aikido training was the same year that I was temporarily expelled from the public school system and sent to a school for the sort of young people who used to be referred to as “juvenile delinquents”––though the polite official term that went into my school records back then was “socially maladjusted.”

What were you looking for?

All I was looking for when I showed up at my first aikido class was something to improve my fighting skills. My world was violent.

What do you remember about starting?

I was the youngest member of the class; there were a couple of older teens and a bunch of adults. The instructors, a married couple, were new in town, so all the students were beginners to aikido.

Any aikido practitioner will tell you that when you’re starting out, it really helps to have more advanced training partners to practice with. We didn’t have that, when I started; we were all just bungling about, crashing into each other and knocking each other over like a slapstick comedy routine. But somehow, we learned and improved.

All human bodies have an inherent grace and beauty to them, but also a certain awkwardness. Most of us want to be more graceful and less awkward. But I don’t think the awkwardness of being human can ever be fully transcended. It might look that way when we see certain bodies on stages or movie screens, but there’s a lot of illusion involved in that.

We’re awkward creatures, and I think true grace and harmony only come when we can embrace the awkwardness and learn to work with it. The benefit of being an incompetent beginning aikido student working with other incompetent beginning aikido students is that one has to accept and embrace the awkwardness right from the start. It’s either that or run out of the room screaming.

What has kept you going?

Sometimes I’ll struggle along in my training for years without a new level of grace and beauty opening itself to me. But I persist, and the opening always happens eventually. So I keep at it, because I always want to discover what’s going to emerge next.

What do you want students to gain from practice?

An expanded and ever-expanding capacity to live with grace, love, harmony, mindfulness, courage, authenticity, and kindness.

One of the great challenges––and great beauties––of teaching aikido is that such capacities come from within the student and emerge differently in each student. So an instructor can’t just say, “This is what it looks like to embody your capacities for love and authenticity; do it exactly like this.” All I can do is facilitate an environment and a set of practices in which students can find and cultivate their own relationships with these capacities.

The Sufi poet Rumi said, “Your task is not to seek for love, but merely to seek and find all the barriers within yourself that you have built against it.” The instructions I give to students are mostly about learning to notice and release the habits of constricted embodiment that interfere with the emergence of the qualities we aim to cultivate.

Saying “No, no, do it with more grace and harmony” is a pretty useless approach to teaching. Instead, I’m generally saying things like “Relax your shoulder more as you do this movement.” And when the student learns to relax that shoulder, that’s one less barrier to the emergence of grace and harmony. Our best capacities emerge as we learn to make space for them, and that process of making space starts in the body. 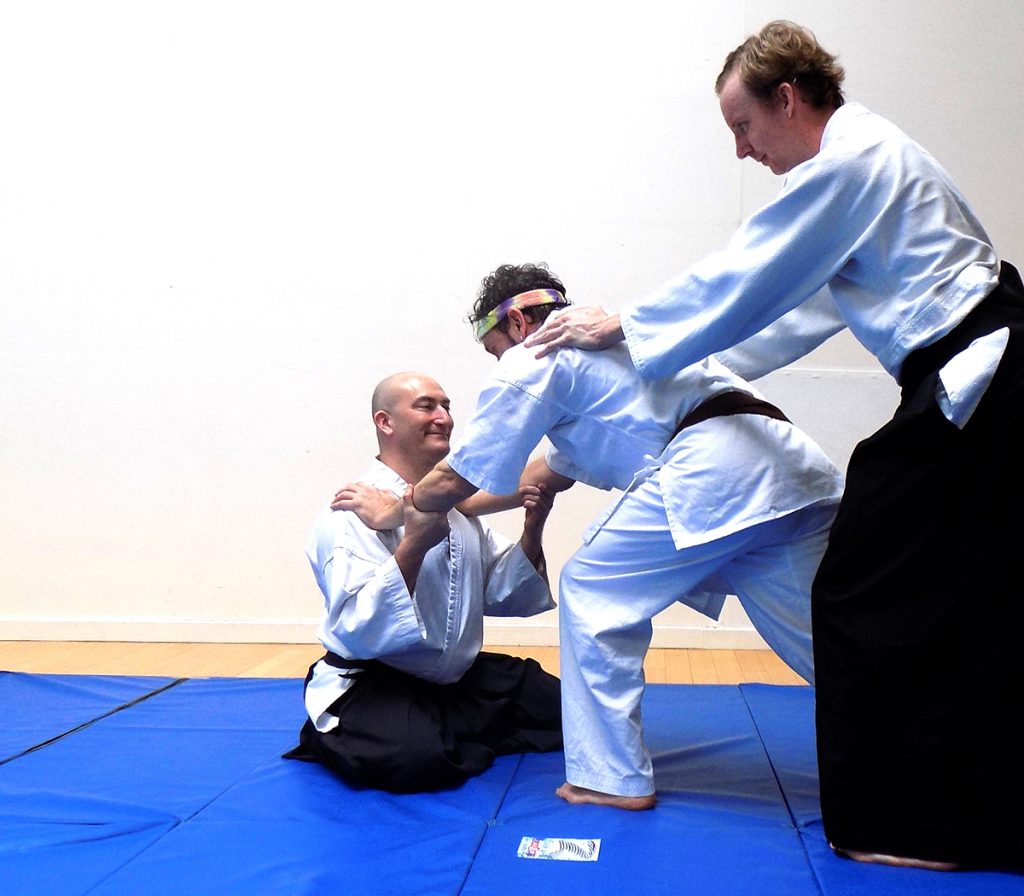